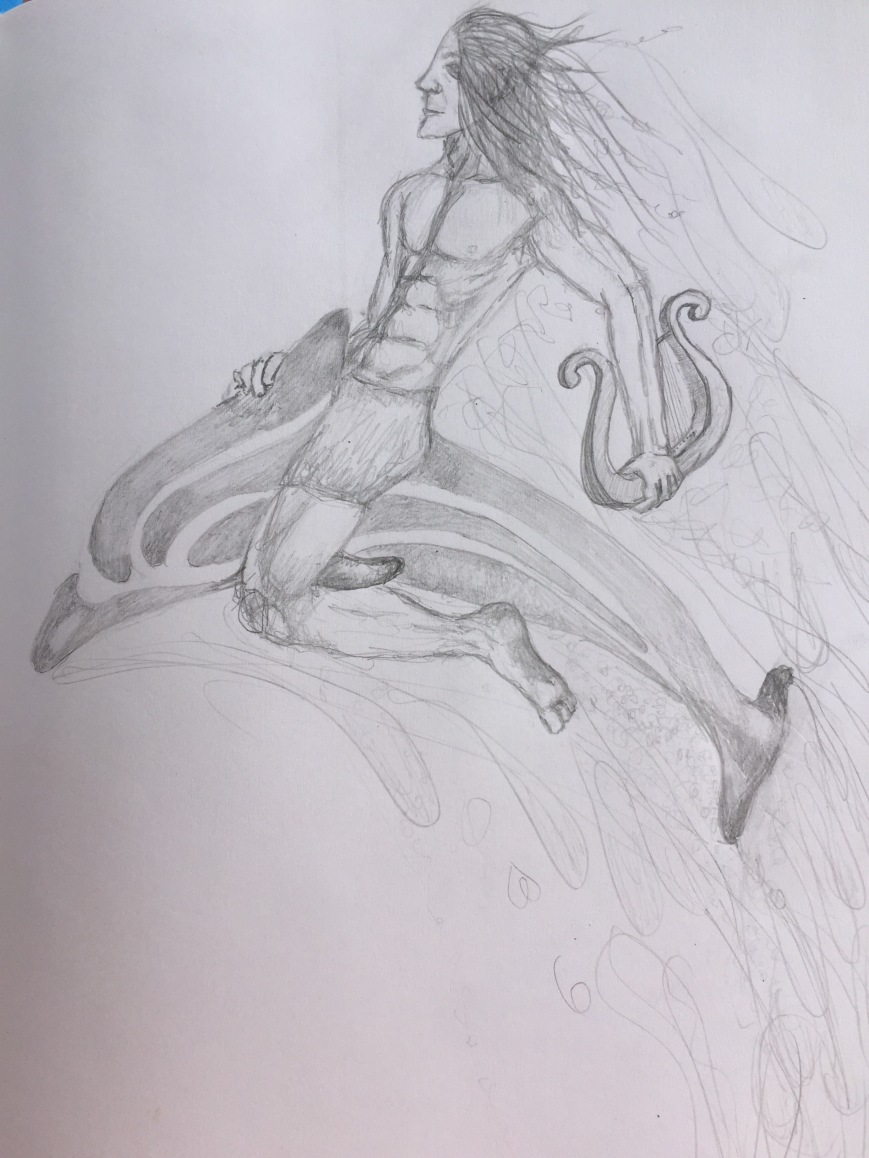 The legend of Arion is an allegory of great coaching skills. A great coach is mesmerising and then can ride on the back of dolphins.

The story goes: Arion entered a musical competition in Rome but as a servant he needed his Master to agree to allow him to go. However his master agreed but only as long as they shared the winnings. So Arion sailed to Rome from Greece to enter the musical competition.

Arion’s skills catapulted him to musical stardom in the ancient world, he won the most prestigious award, earning him an equivalent of the X-Factor win. With its life-changing pot of gold.

On Arion’s return journey the unscrupulous sailors on the ship he traveled upon , having heard of his fame and subsequent fortune, ambushed him. With death inevitable, Arion asked one final request; before being thrown into the sea, he asked to play his final eulogy on his lyre.  The sailors, acquiescencing to this seemingly innocent request, allowed Arion to play his most heart renting melody and then was thrown into the sea.

Arion’s story does not end there.  Arion’s musical skills attracted the attention of the dolphins. So when Arion was thrown into the sea, left to die, Arion was scooped up by the dolphins and carried to safety.  So swift was Arion’s rescue that he arrived home before his ship. Arion’s master did not believe he had been saved by dolphins and thought he was hiding his winnings. Arion convinced his master to wait, he said that when the sailors arrived they would say he escaped with the gold and was no where to be found.

When the sailors story matched exactly what Arion had predicted he was given his own freedom and all his gold. Arion had been saved by the dolphins. His ability as a musician grew even greater when people learned of his ability to enamour dolphins and travelled the world playing his lyre.